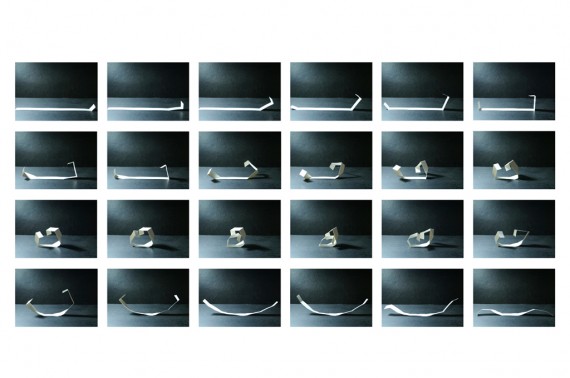 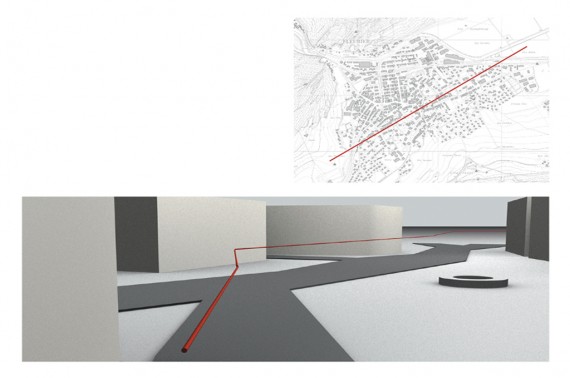 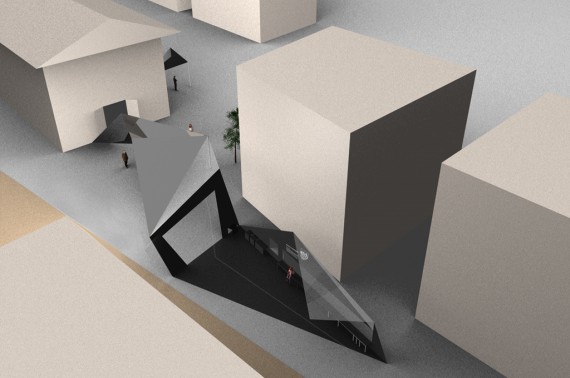 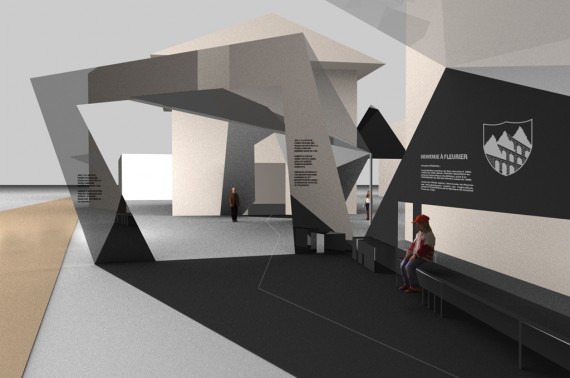 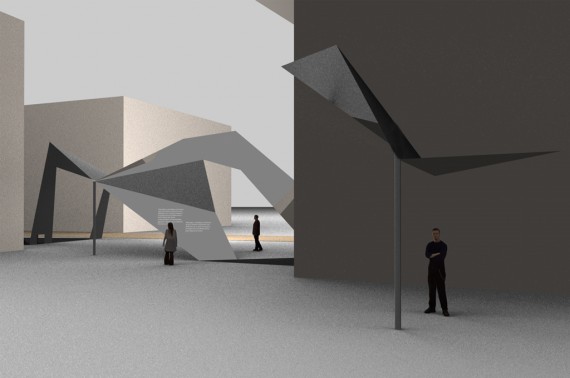 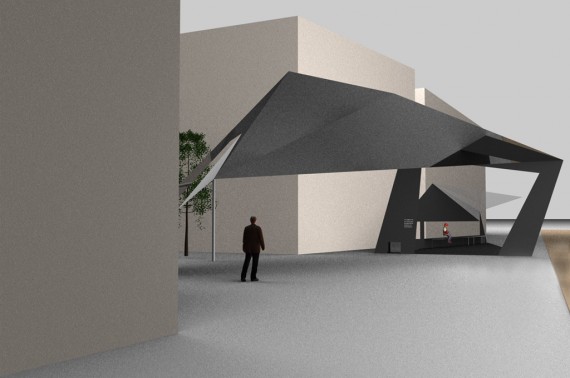 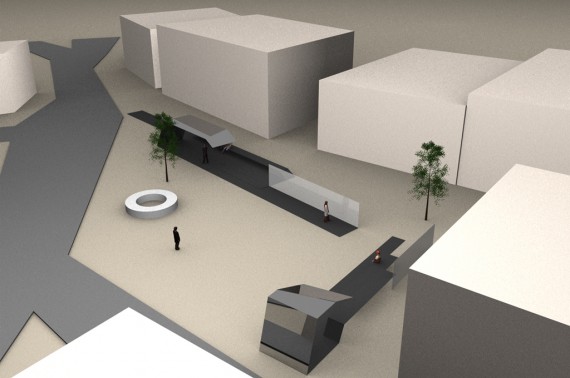 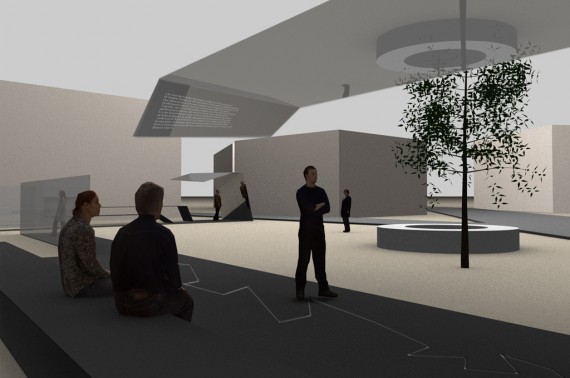 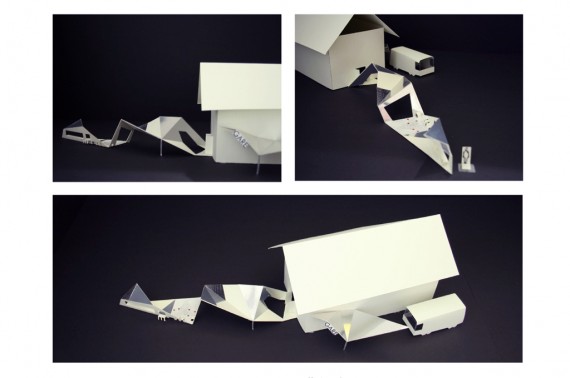 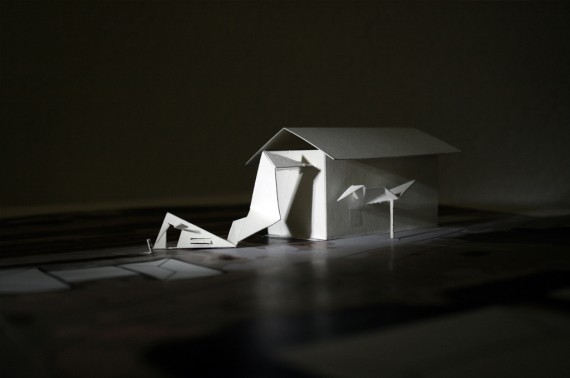 with the commune of the Val-de-Travers

The Swiss village of Fleurier in the commune of the Val-de-Travers called for the creation of a monument that would showcase its watchmaking heritage. Expanding upon this simple design brief, this project proposed a more integral approach of creating a series of installations that would lead visitors on a trail through the village, discovering key sites witnessing the importance of the manufacture d’horlogerie to the area. Supporting this idea, the concept of the fold was used as a representation of time.

Time can be seen as a line, and the deeper we look into time, the more it seems to divide itself into sequences, moments and intervals. The design concept was thus based in the giving of form to a timeline crossing the village of Fleurier. This was translated into the creation of five distinct installations at key locations, each corresponding to a different theme related to the village, its people and its patrimony. Visitors find their own course through the series of installations, developing their personal tour of the village.

In expressing the main concept of “folding time” into real architectural forms, the five installations were designed to feature:
-A common, immediately recognizable design language
-Flexibility of shape and size for simple adaptation in 5 different contexts
-Linearity of form to reflect the concept of time and its divisions
-A coherent system for the development of each form

The system of folded surfaces allowed ample liberty in the evolution of the folding architecture applied to each of the five sites while clearly expressing a standard design development process. Through the folding of planar surfaces at various angles, distinctive spaces fulfilling the specified functions of each installation could be created. The dynamic forms also inspire synthesis with existing buildings, creating interesting relationships between the new and existing. As an added advantage to the community, part of the folding installations became a series of amenities and street furniture, improving certain existing processes and offering new spots for social gatherings.