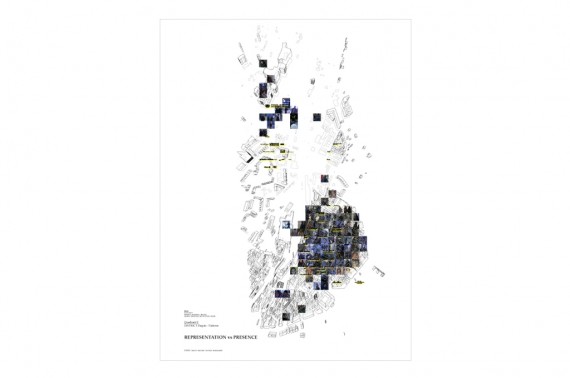 Final map at A0 size. 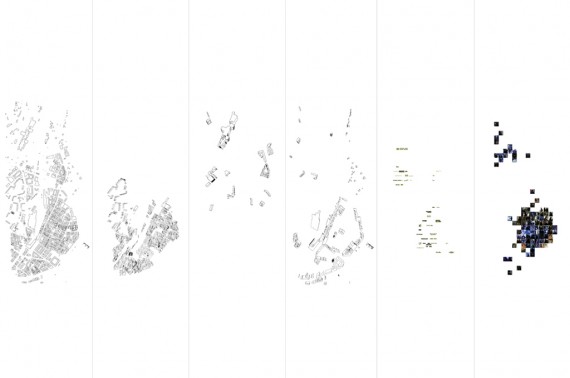 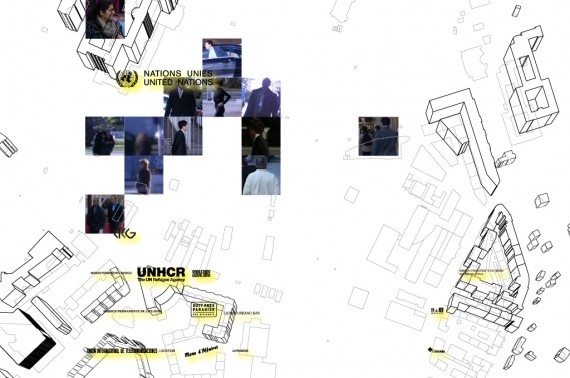 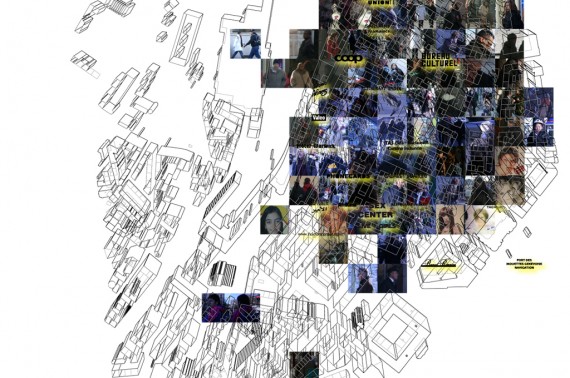 Geneva is a compact gathering of a multitude of institutions and social spheres spanning from international governing organizations, financial establishments, grassroots associations to squats. Social, political and institutional differences exist between these bodies and are apparent in the public domain. These differences were analyzed, recorded and mapped in this project that aimed to produce a new map of Geneva showing the status of these coexistences and how they communicate. Research, discussions and photographic documentation constitute the material which was used to generate the map.

The districts of Nations and Paquis makes up 10% of the total population of the city of Geneva, with 18% genevois, 25% confederates and a high percentage of 57% of foreigners of over 100 nationalities. They also form the districts with the youngest community. After a comprehensive analysis (site visits, photographic documentation, conventional research, discussions), it became clear that these districts are highly dynamic in terms of multiculturalism as well as social castes due to the marked difference in character between the two areas of Nations and Paquis. Nations represents, with its body of international organizations and diplomatic enclaves, multiculturalism, power, security, jurisdiction, sovereignty and also adversely, a distancing from the people that its organizations represented. Paquis, in contrast, which comprises a culturally diverse community, presents more directly the true nature of the different cultures it harbors. This is apparent from the vibrant street life and normalized co-existence of cultures. This brought about the notion of representation versus presence.

Embarking on this theme, we studied different ways to graphically express the impressions conveyed from the universal definition and understanding of representation and presence. The map is composed of a number of superimposed layers. Starting with a 2d outline map of the two adjacent districts, this is laid over by three sets of hidden line 3d drawings (commercial, residential and institutional buildings), a selected collection of logos labeling these buildings, and finally, a mosaic of location-based photographs.