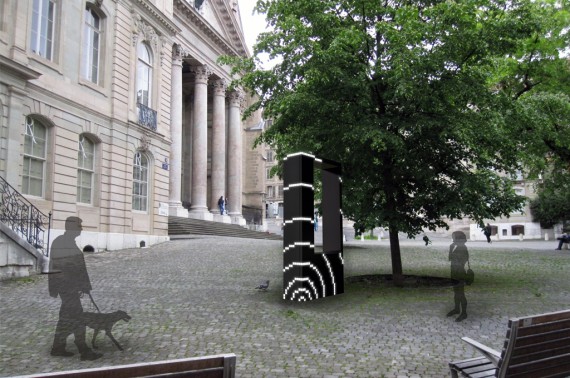 At the Cours de St Pierre: Derived from the rhythm of classical windows. 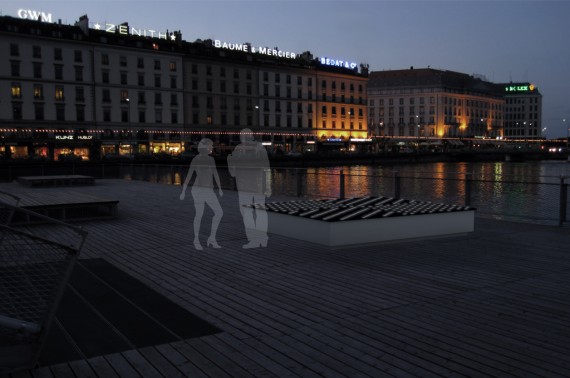 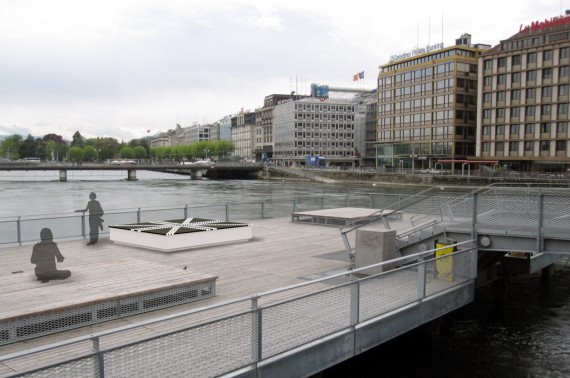 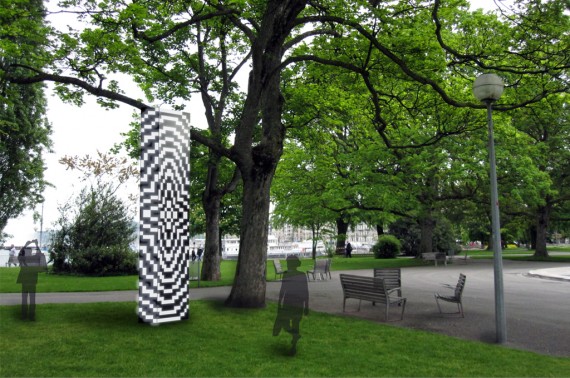 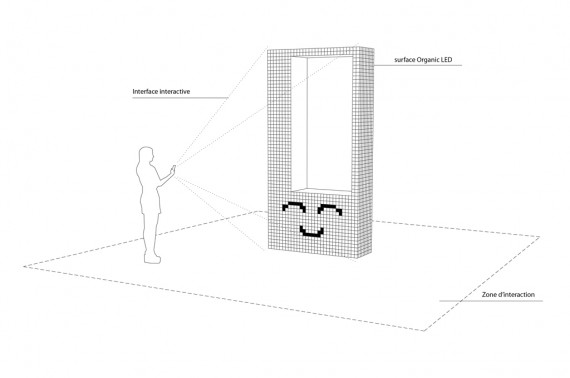 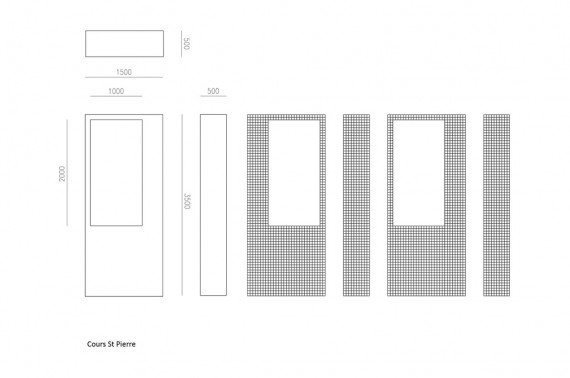 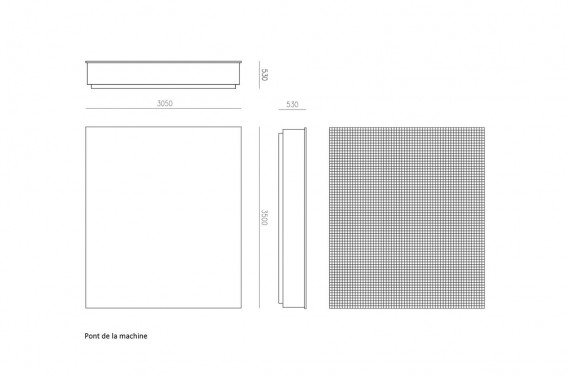 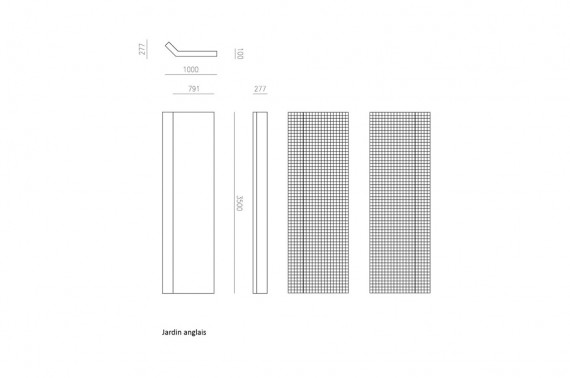 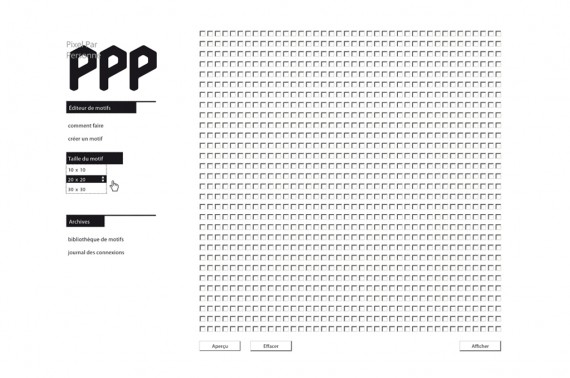 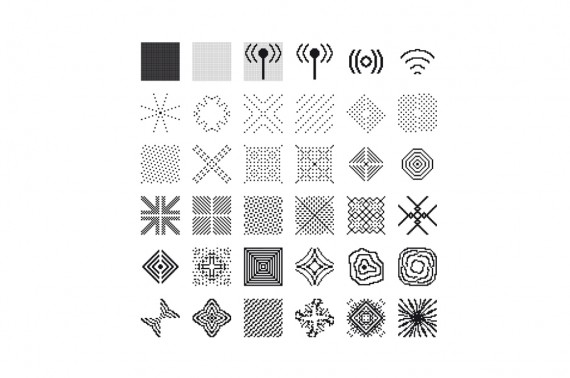 Since 2004, almost 70 WiFi access points have been installed in principal public areas in the Geneva, including key public squares and parks. The aim of Pixels Per Person was to develop an information support system in the form of installations that would give a tangible existence to the public WiFi network in the city of Geneva. After some research, it was found that most of the people who access the WiFi network in public spaces use it mainly for leisure surfing on their smartphones (people who actually use a WiFi connection for work would do so in a place with a conducive environment and the proper amenities). Therefore, principle users of WiFi in public spaces are people on the go who connect to the network for relatively short periods of time. They are probably also a population who are techno-savvy and well-connected to the online community.

In images, WiFi connections are usually represented as a series of fluctuating waves derived from signal strength indicators that fall and rise according to the strength of the WiFi connection. This inspired the creation of a system that would not stay static, but would instead be in a state of constant motion. To represent this idea, each installation takes the form of a dynamic OLED surface modelled differently each time depending on the characteristics found on site. Organic LEDs (OLEDs) were specified for surface of the installations because they work both in the light and dark, and can therefore contribute to the spatial quality of the installation site at night.

The surface is made up of basic units of OLED that represent square pixels of 5x5cm. The graphical system is designed as different configurations of these pixels forming pixel images derived from classic Wi-Fi signal motifs. Depending on the total number of users connected to the network, the image will change to reflect the network traffic, i.e. the more users, the more pixels used in the composition of the image. The pixel images morph between themselves in a pre-defined transitional animation. To further reinforce the relationship between the installations and people in public space, the installations offer users the opportunity to create their own “digital urban graffiti”. Users can log on to an online application and create their own pixel images that will be displayed on the OLED surfaces only when they are in proximity to the installations. The installations also provide statistics on Wi-Fi usage throughout the city. These statistics will be displayed in alternation with the pixel images, as well as on the website where a gallery of user-created pixel images can be browsed. The added interactivity aims to induce a sense of participation and ownership in the users, and promote usage of the Wi-Fi network amongst those who have not yet engaged in the public Wi-Fi experience.